After doing some research I decided that the scooter for me was the Bajaj Chetak. Here are a couple of pictures: 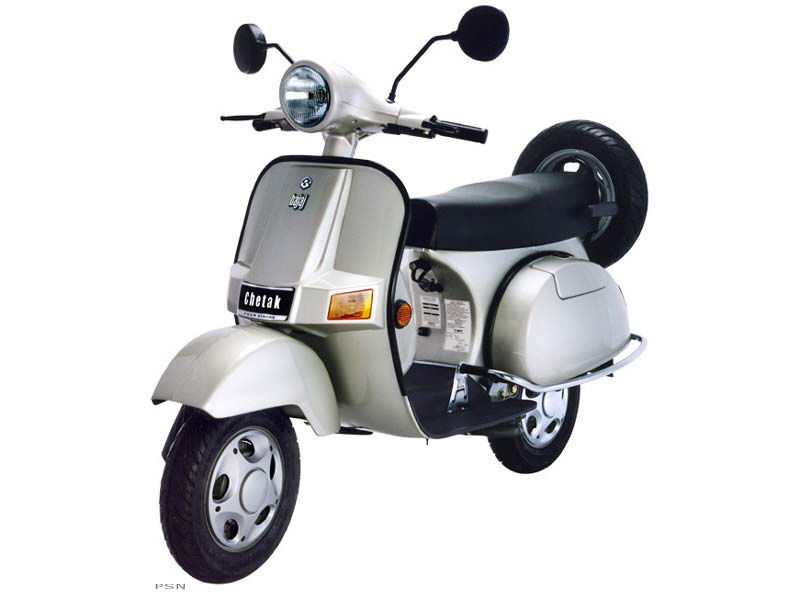 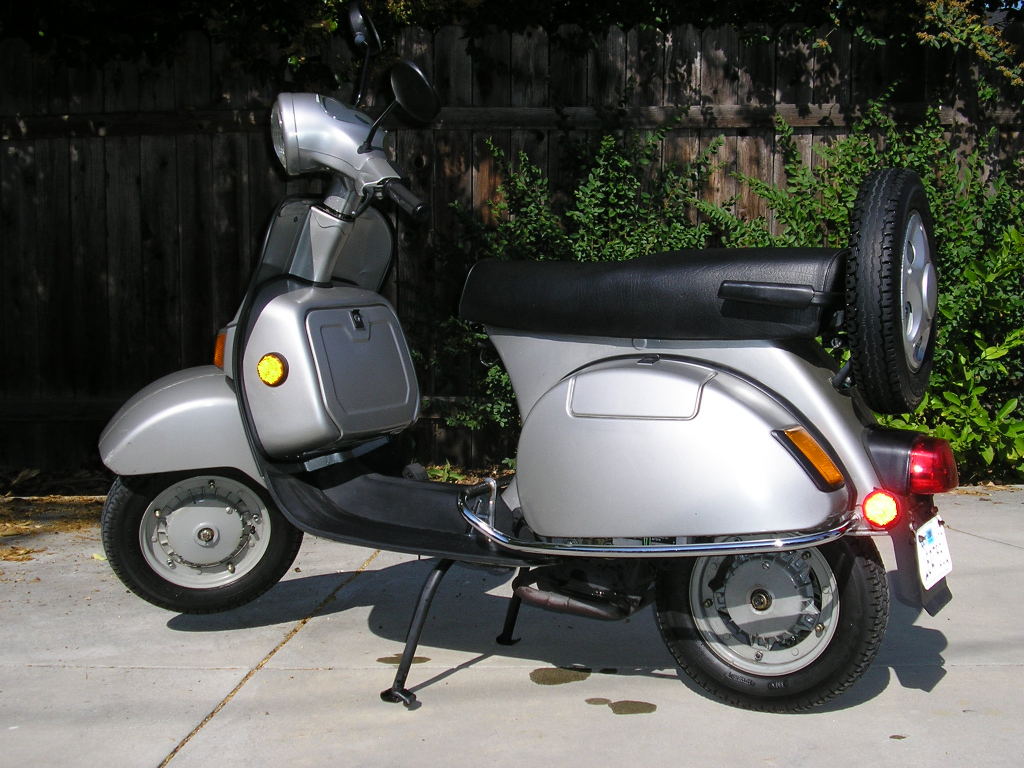 It is very old-skool. All-metal frame (new scoots are mostly plastic), 4 speed manual transmission (again, almost all new scoots are automatic), spare tire, lots of storage space. In the 70s Bajaj made Vespas under license from Piaggio, so it’s no surprise that their scooters are very Vespa-like.

I was all set to buy a Chetak until I read a review. It had old-world charm (dim headlamp), loads of character (quirky handlebar controls), and lousy brakes. Hmmm. And they’re relatively expensive: in the US MSRP is supposed to be $2699, but everyone seems to want to sell them for $3000 or more.

I started to look elsewhere; that’s when I rekindled an old love affair: the dual sport motorcycle.

Some time after this page was written, Bajaj stopped making scooters. Somehow, even in India, the scooter market dried up. People there want small motorcycles instead.

I suppose I was feeling the same way, when I wrote, above, that I started to look elsewhere, and rekindled my own love affair with small(ish) motorcycles – dual sport bikes in particular.

But even a 650cc bike is big enough that it gets dubious gas mileage – maybe 45 to 50 MPG. I think this is ridiculous, that something so much smaller and lighter than a car, with an engine one-third the size of that of a subcompact car, gets barely better mileage than a 1980 Honda Civic car!

So, I did two things: I started looking at smaller bikes (250cc to 400cc instead of 650cc) and I started thinking about scooters again.

Though Bajaj is gone, there are still wonderful scooters available. Vespa is still in the biz, making classically-styled modern scooters. They are expensive, but they are the real thing. Piaggio, Vespa’s parent company, has its own line of scooters – a bit more modern in styling than Vespas, and quite a bit cheaper too. My understanding is that, unlike Vespas, which are made in Italy, Piaggios are assembled in Italy from parts made elsewhere, or even manufactured entirely offshore.

For a while I was sweet on the Piaggio Fly 150: 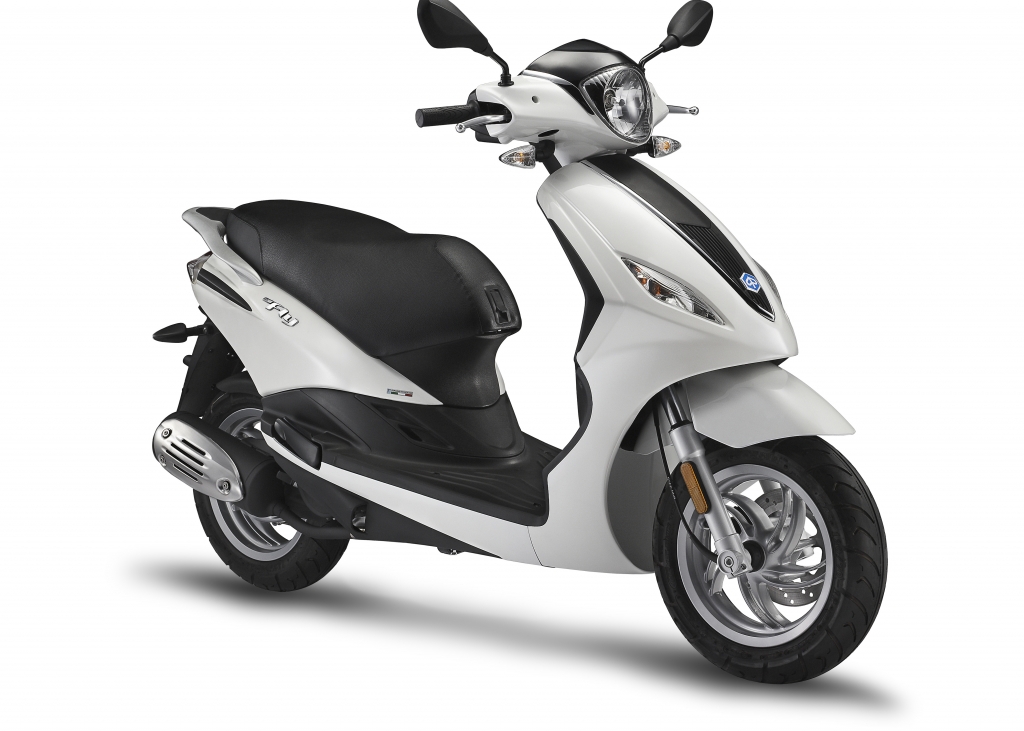 After visiting a scooter showroom here in California I discovered a new (to me) scooter company: SYM (USA site), a Taiwanese company that has in the past made motorcycles under contract from Honda. They have a reputation for very high quality.

Here is the SYM HD200 in orange (it comes in a nice palette of colors): 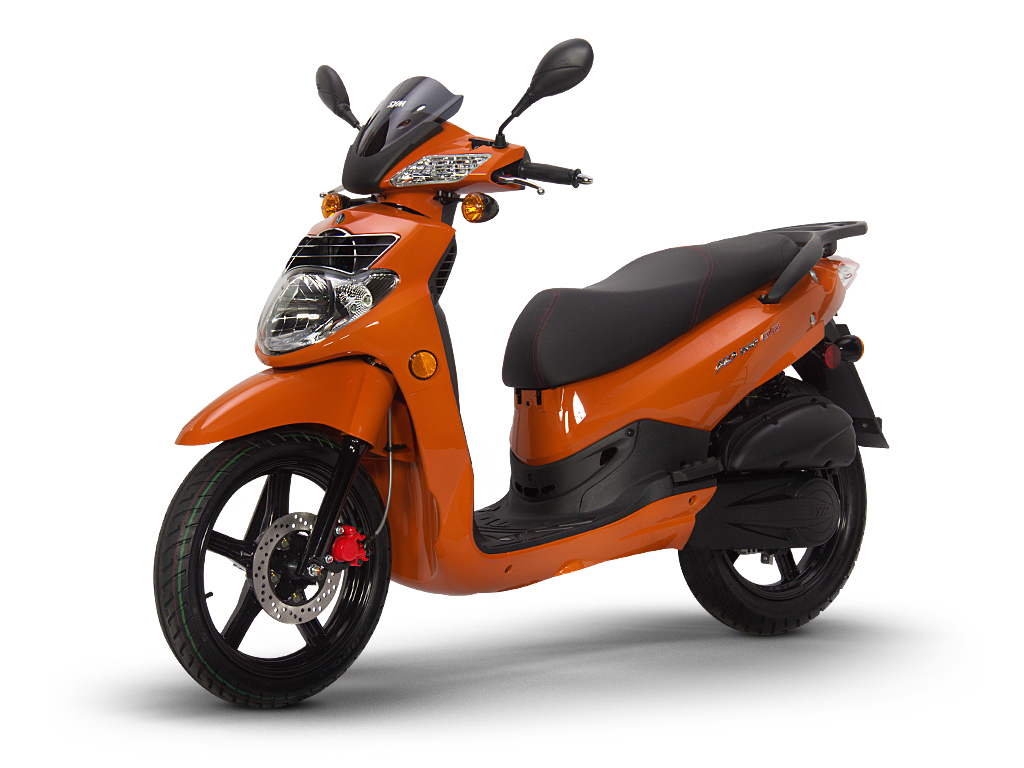 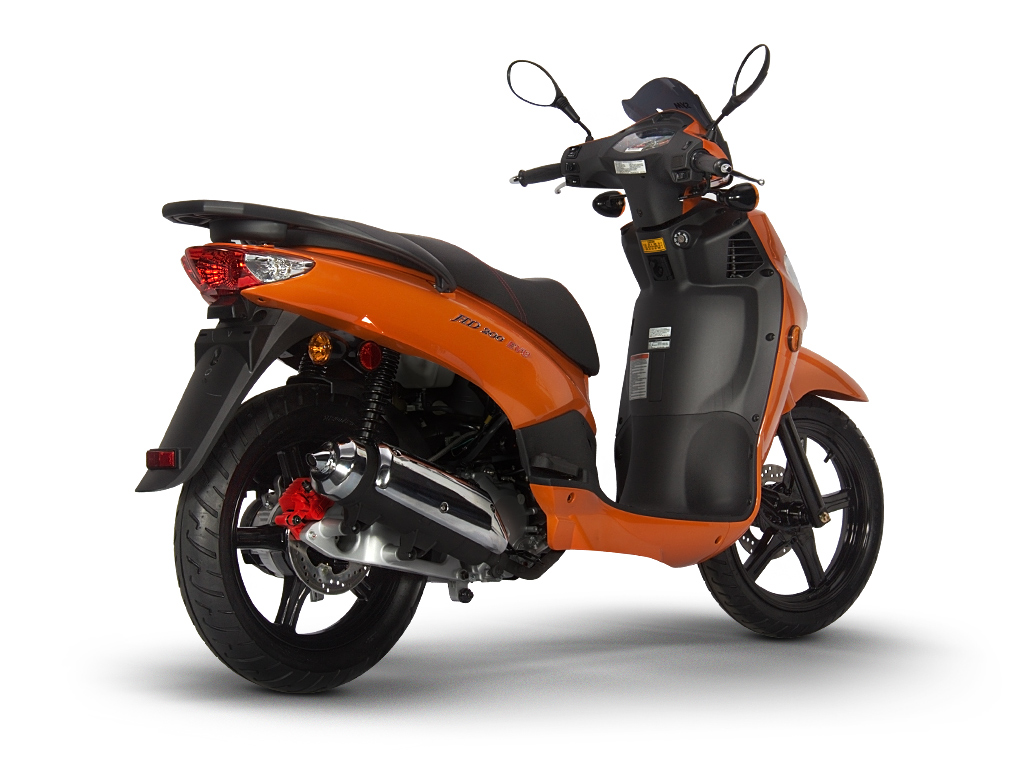 It costs about $3500 (US), goes 75 mph, and gets great gas mileage (70+ MPG). If you Google this scooter, everyone seems to love it. It sounds like a fun commuter or get-out-of-town ride!